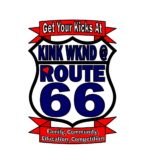 Tickets are officially on sale for $110/ea!!! Get them HERE!!!
Additionally, Day Passes will be available at the door for $40/ea!!!